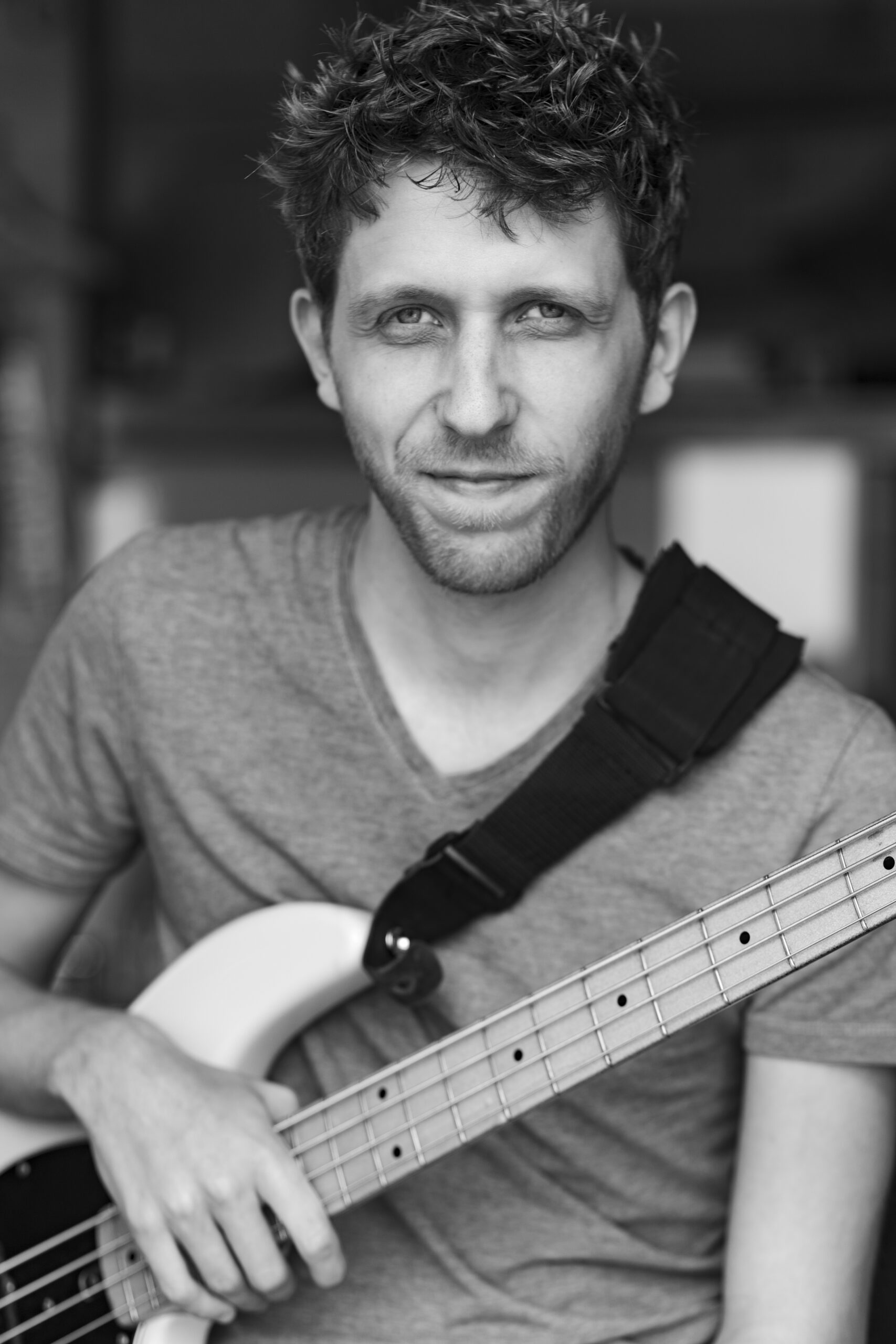 As a bass guitarist, composer and initiator, Teun (Netherlands, 1991) has always had a broad interest in different musical genres, which has never limited him to playing only one genre. Teun has performed nationally and internationally with a wide variety of bands in genres such as blues, jazz, funk, rock, punk, impro, Latin and various types of African music. One of his better-known bands was De Raad van Toezicht, with whom he played on most leading national stages, released two albums, received a nomination for a Zilveren Notenkraker and was a regular guest on various radio and television programmes such as De Wereld Draait Door.

Teun always strives to make the most of the flexibility of the bass guitar. In doing so, he seeks the perfect balance between the various roles a musician can take on as a bass guitarist. His combination of West African styles and more familiar styles such as pop and jazz have proven to be an excellent playground for exploring these possibilities on the bass guitar; a characteristic direction his music takes in the form of his new album/band called “Naamu”.

After months of composing, planning and recording, Naamu is finally ready and will be released in March 2023 by the labels Zennez Records and One World Records.
For this album, Teun combined his experiences in West African music with his passion for the guitaristic approach to the bass. After having played with several respected and well-known West African musicians such as Harouna Samake (kamele n’goni) and Sekou Kouyate (kora), he felt the need to further explore West African music and all its possibilities. Without neglecting his own accumulated experience within the Dutch jazz scene, he pursued his dream of combining the best of both worlds; creating his own unique approach to Malinke-groove-jazz by recording music with both Dutch musicians and renowned West-African musicians.

Other bands and projects in which Teun has been active as initiator, bass guitarist and composer are: the punk jazz band SPUNK! and his educational music programme for primary schools Life of Matheo. Teun is also a sideman in the jazz formation Meika.